A Shoot in London with the Fuji X100s 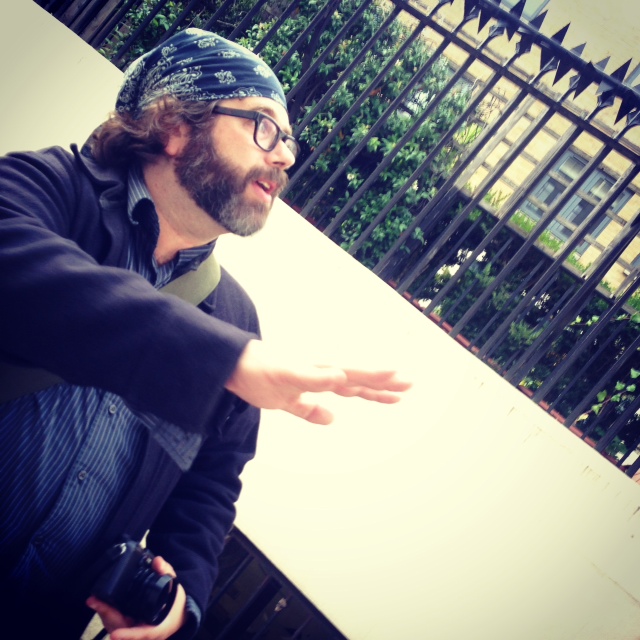 Last week I flew to London, England to shoot a CD cover for the brilliant singer Alya Marquardt. Her upcoming CD is an evocative collection of mostly Iraqi folk songs recorded in NYC. Alya had the idea to recreate a treasured photo she has of her grandmother sitting alone on the ground smoking, but with herself as the subject, and in a more urban setting. I immediately flashed on the idea of there being legs walking by behind her or alongside as well, adding to the feel of modern hustle and bustle. I also liked that this gave a sense of her being alone and ignored, which fits with the mood of much of the music. Alya loved the idea, and suggested some possible locations. I also did a bunch of poking around on Google street view to get ideas.

I've always preferred using small cameras, and since my Leica M8 died back in the spring I've been hoping to find something else non-DSLR that would be more robust, shoot well in low light, and offer a lot of manual control through dials or switches rather than menus. I had shot a little bit with a Fujifilm X100 before, but despite its awesome quality and sexy retro vibe, it had some now well-known limitations, including very slow focus. The updated X100s was supposed to be the answer to our hopes for this machine, and I decided to take the plunge, after finding a very reasonable deal on a used one in all-black finish.

Leaving my DSLR out of my bag when I headed to the airport was nerve-wracking. Was I insane? I have never been happy shooting big cameras, but on a "professional" job where someone is paying me real money? In another country? With my only backup being a film camera? Something told me it was the right thing to do, especially when I realized the camera had a square format setting, which would make it all the easier to compose a shot for the square footprint of a CD cover.

Once I got to London, Alya also asked me to add some headshots into the job for her since she was going to the trouble of hiring a stylist. So, on shoot day, along came my light stand, a cranky Metz flash unit and shoot-through umbrella. I have a black polar fleece throw from Ikea that I drag around as a portable background. I've become very committed to it as my standard headshot background. Doing the headshot session was a strange way to get used to the X100s. With the lens being the equivalent of a 35mm focal length I had to get up close to frame the portrait. I blew the focus on a ton of shots in the beginning, not understanding just how fine the camera's selection was. I had originally planned to do the headshots with my Olympus OM-2n film camera because the 50mm lens I have for it is the best I've ever used for portraits. So, I shot a roll with that too, to do a shootout. The X100s shots were every bit as sharp, 3D, and glamorous, and it was easier to do the stuff in post that I needed to do with the digital files rather than neg scans. Take a look: 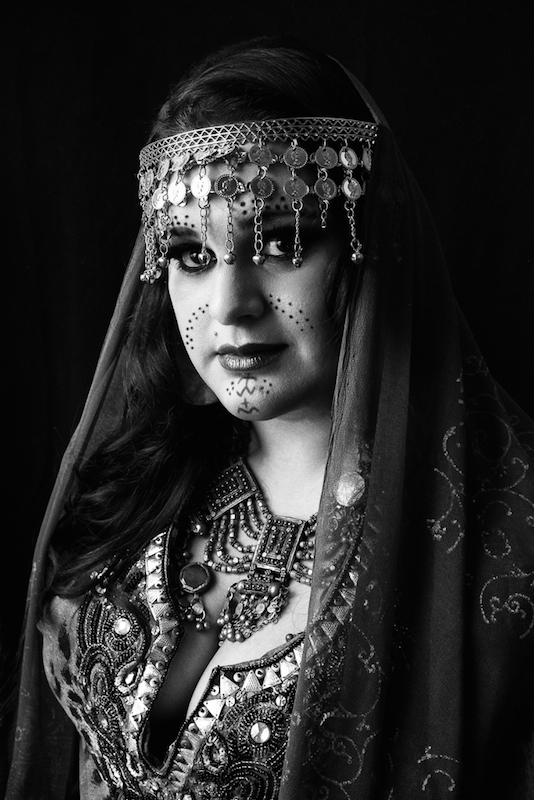 The more I thought about the CD cover photo the more I felt that the location was the least critical part of the plan. With a square format and people walking close by we weren't going to see great vistas. So, we opted for a convenient alley a block from Alya's apartment, since we could control the situation and not have cars mow us down.

We had recruited a few friends to help out and act as the "legs," and then we had the happy accident of locals passing through the scene as well. 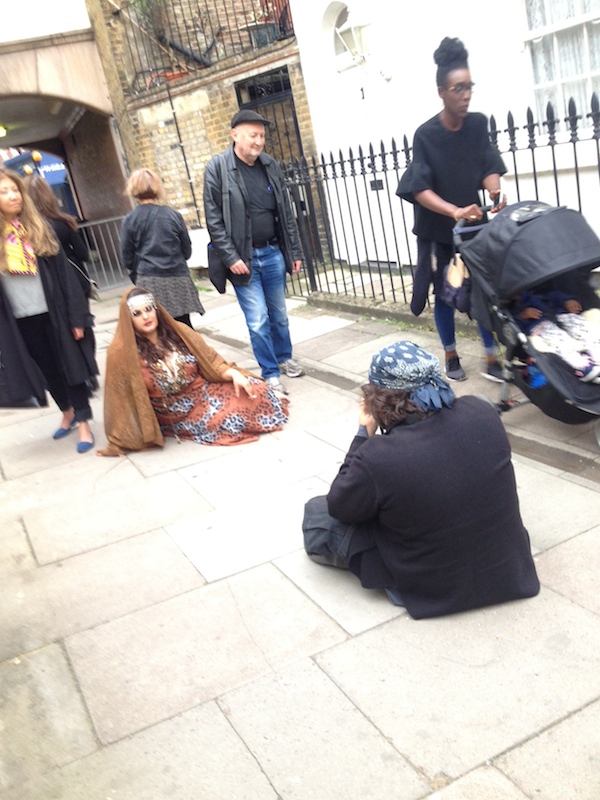 I tried having our volunteers stand in a wide variety of poses as if walking by but it never quite looked real. I liked having control of them but even when I got the placement of them in good positions for the shot it just looked boring. I decided to actually direct them in walking back and forth around Alya. Then I had to deal with new problems, like the difficulty of not getting enough legs in the frame at once, or people's bodies blocking others', etc... One flash of inspiration led me to have a woman hold her phone in her hand, since this is becoming so ubiquitous. Finally, after a few hundred exposures I felt like there were undoubtedly a few good ones and we called it a day. 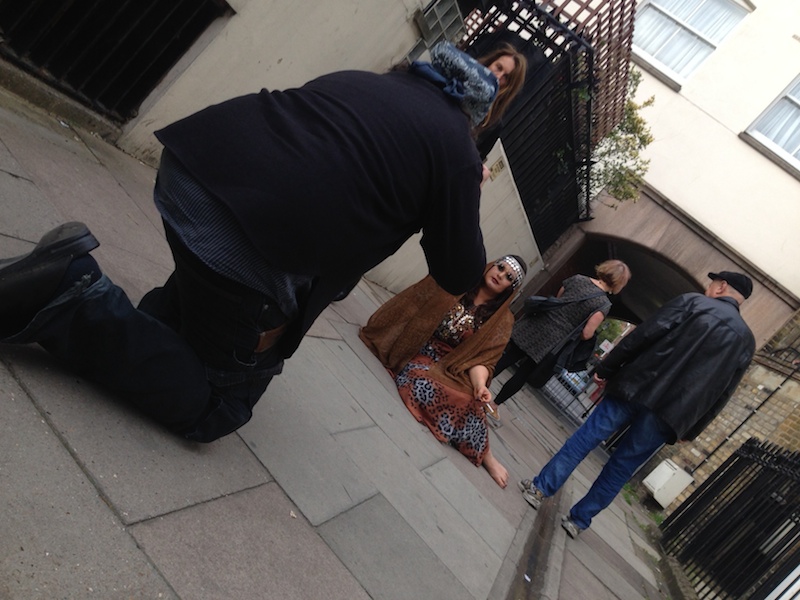 When I pulled the results up on the MacBook Pro that evening it was totally clear that there was only one frame that really felt alive and embodied everything I felt we were going for. The x100s only shoots the square format in jpg. If you want to shoot RAW you have to go rectangular. So, my final shot was a black & white jpg from the camera, processed in Lightroom and SilverEfex Pro 2. 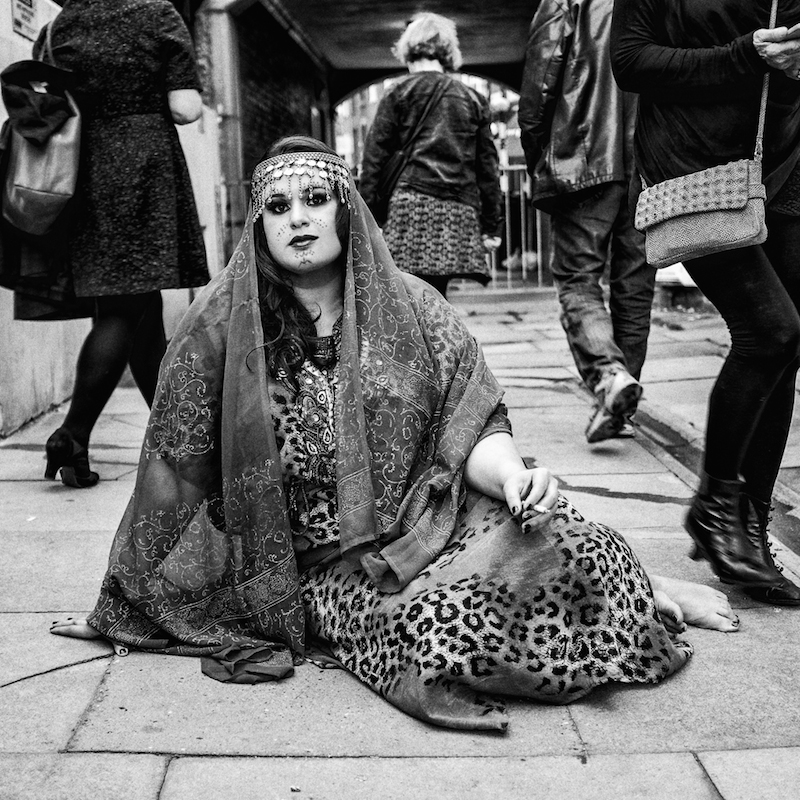 I think it looks pretty killer, and my client is delighted, so between this image and the headshot I was pretty well sold on the Fujifilm. I spent the next week shooting on the streets of London with it. I'll share some of those images soon. Now I want to get one of their XT-1 interchangeable lens cameras as well. It's also small and very knob and dial oriented. Sorry Leica! I've moved on. And sorry DSLR. I only need you for telephoto stuff, and I hate to shoot telephoto anyway. Small cameras rule!