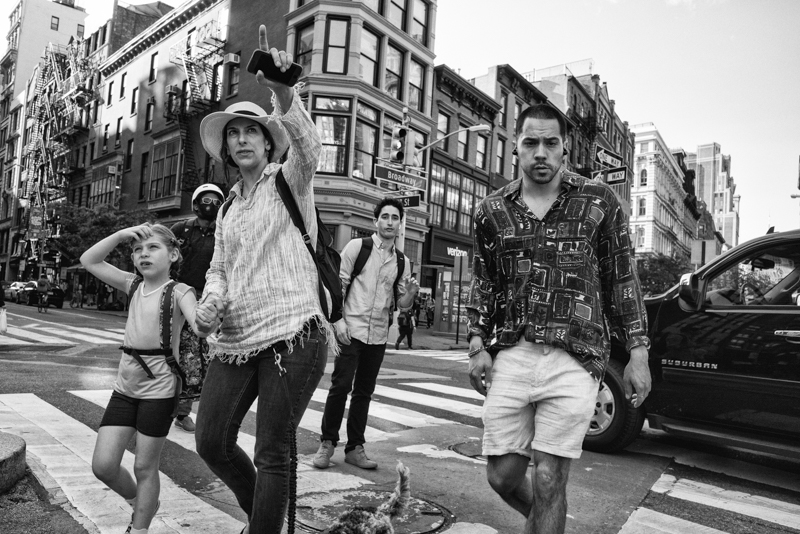 I remember how shocking it was to me when a therapist of mine a while back suggested to me that the responses I evolved as a survival mechanism in the abusive home I grew up in were not only understandable, but actually commendable. Really? As I have moved through adulthood, no longer ruled by the threatening environment or people I was subject to as a child, I often found myself feeling ruled by my outdated responses and reactions.

But let's face it, a lot of the very skills and intuitive abilities I rely on to take photographs in public come very much from that time in my life. I have an ingrained tendency to read the mood of those around me, and am always trying to gauge how to harmonize with that energy. This may have originally come from trying prevent my father get angry enough to hit me, but it may also have led to my being a good improvising musician, intuitively finding a place for myself in any music, even that which unfolds spontaneously. As a street photographer, I feel I'm using the same set of senses or sensors, to find the flow of life and not just observe it, but to meld with it and be a part of it. In that endeavor I find my struggles end, and I lose all self-consciousness. The best pictures come from this place.